Don’t Ever Give Up!

When life hands you lemons, a popular cliché says, make lemonade. That’s easy to say … unless you happen to be the one holding the lemons.

The lemons that rolled into Jack Fessler’s life would have filled an oil drum and then some. In February 1962, a month before his 21st birthday, he was working construction in Naperville, Illinois. As he was closing a storm sewer pipe, a massive chunk of clay fell from a bulldozer and broke his back in three places. In that fraction of a second, Fessler’s life as he knew it was over. The 6’6″, 236-pound construction worker was now a paraplegic, and nothing from his past could help him chart a new course for his future.

In 1962, the Americans with Disabilities Act was decades away, and attitudes about people with disabilities were far from enlightened. Now wheelchair bound for life, Fessler didn’t even have a high school diploma. At the hospital where he was rehabbing, fellow patients predicted that his girlfriend, who visited him regularly, would soon move on.

She didn’t. In December 1962, 10 months after Fessler’s accident, he and high school sweetheart Elaine Schmelzel were married and, like many young couples of the time, honeymooned in Florida. As tough as life was for Fessler, things appeared easier in the Sunshine State, and the next year the Fesslers left cold and windy northern Illinois and moved to balmy Clearwater on Florida’s Gulf Coast. 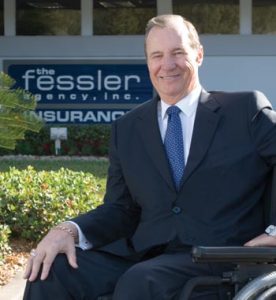 Fessler’s next challenge was to find a job. “I went to social service agencies, but I didn’t have the patience for the jobs they had available,” Fessler says. “I didn’t want to sit at a bench and tear up rags or solder television wires together all day. Despite what had happened to me physically, I still had goals and objectives, and I still had dreams,” he says. “At this point, I knew what I didn’t want to do, but I hadn’t figured out what I did want to do.”

Fessler decided to attend business school where he studied bookkeeping and accounting. In 1964 he joined Abilities, Inc., a printing and direct mail business run primarily by persons with disabilities. Fessler initially handled accounting responsibilities and then got involved in marketing, bringing accounts in to the printing division. Whereas Abilities received some business because it employed disabled people, the printing division did not. “Here we weren’t just being given business out of charity,” Fessler says. “It was exciting, because we were competing with everyone out there.”

Equally important, Fessler says, “I was developing some management skills while working with the printing salespeople. Management is getting the job done through other people. There were so many things I couldn’t do, so I learned to use my eyes and ears”—and, of course, his brain.

Time for a change

Jack’s son, Case, joined the agency 12 years ago and is credited with helping the Employee Benefits Division grow to its current level.

A few years later, Fessler had the opportunity to join an independent agency in St. Petersburg known then as Bennett, Wallace, Welch & Green. “Initially I was involved in sales and marketing, training producers, and accompanying them on calls,” Fessler explains, “and pretty soon I found out that they were making more money than I was.”

Determined to get a piece of the sales pie, Fessler had a talk with agency management. By the early 1970s, he says, “People were discovering our Florida weather and moving down here in droves. I convinced the powers that be that we needed to be in this rapidly expanding market, and I opened an office in Clearwater. Selling insurance then was different from the way it is now,” he observes. “There was a steady stream of people coming down here, and they all needed insurance. I just had to persuade them to buy it from me.”

In those days, Fessler recalls, rates were low and coverage was readily available. “That all changed with Hurricane Andrew in 1992,” he comments. “The losses drove rates up, and Pinellas County became overbuilt. After that, we were all looking for the same red meat.”

Rewind to 1984, when Fessler decided it was time to go out on his own. He established the Fessler Agency, which today offers commercial and personal insurance, and employee benefits. Based in Clearwater, the agency employs 16 people, including five young producers, and has premium volume of some $30 million. Of the agency’s business, 12% is personal lines, 50% is commercial, and 38% is employee benefits. Fessler says proudly that his son, Case, joined the agency 12 years ago and built the employee benefits division to its current level from “two drawers in my file cabinet.”

On the commercial side, the agency specializes in large family-run corporations. “Going back 30 years ago, I saw a huge need in this market,” Fessler says, “but because of loyalty to their current agency, many of these business owners didn’t want to make a change. In talking with them, I found out that a lot of them had no one looking after their personal insurance. A CFO or an accountant was handling their commercial insurance, so they had personal exposures that weren’t being addressed. That’s how we gained entry into this market.” Among the industries Fessler has targeted are contractors, hospitality companies and retail operations.

Some of the The Fessler Agency’s staff.

All of us know what it’s like to contact a company’s customer service phone line and listen to automated prompts that don’t address our issue and, finally, if we’re lucky, get to talk to a real person. That’s not how things work at the Fessler Agency, where every staff member is committed to delivering prompt, polite, responsive service.

“I think it’s time we got back to treating people the way we’d want them to treat us,” Fessler declares. “We may deliver great service virtually 100% of the time, but for every one of our clients, it’s their last experience with us that counts,” he says. “When a client hangs up the phone or leaves this office, he’d better be happy. Not only do we have to provide faster, more accurate service, we as an agency have to find more ways to make the client say, ‘Wow—that was great service.’”

Delivering on the promise of an insurance policy means being ready to help the client when a loss occurs, from the client’s first call until the claim has been settled. Once the claim has been closed, the agency sends the client a letter signed by Fessler. It reads, “I understand that you recently had a claim. I want you to know that I’m interested in the outcome. If you cannot give my agency a ‘10’ on handling it, I want to hear from you, and here’s my cell number.” Clients like this approach, Fessler says, because they can talk to a real person—in this case, the owner of the agency.

Fessler has ambitious plans to grow his agency. “We’re hiring and training young producers, often right out of college,” he says. “Our industry needs to do a better job of telling young people about the exciting opportunities for them in the business.”

Fessler clearly enjoys mentoring his young producers and helping them develop into successful sales professionals. “I talk with them about their goals and objectives,” he says. “I constantly encourage them, because they face so much rejection out there.” In return, he says, “I ask them for some things. They need energy for the long days; they need the drive to compete and win; and they need to have integrity, because the agency has an excellent reputation in the community.”

For an all-lines agency like Fessler’s, cross-selling is a given, and automation plays a key role in capitalizing on those opportunities. “I can push a button and call up a spreadsheet on any producer, then bring him in and talk to him about opportunities in his book that we need to pursue,” Fessler explains.

In addition to acquiring new talent, Fessler wants to expand his operation from its current three divisions by forming units for bonding, inland marine, and life and financial services. Over the next year or two, he adds, “I want to get involved in some niche marketing, perhaps in tech risks and others.” Another goal is to expand the offerings of the employee benefits division to include 401(k) plans, disability income, and dental coverage.

“Don’t ever give up”

On February 3, 1962, Jack Fessler was a strapping young construction worker with nothing more on his mind than finishing his shift so he could go to the local jewelry store and buy an engagement ring for his girlfriend. When a devastating accident catapulted him into a strange and frightening new world, he didn’t waste time by feeling sorry for himself.

Today, as the owner of a successful full-service agency with a loyal, motivated staff, Fessler never looks back. His motto is the caption of his favorite cartoon: “Don’t ever give up!” 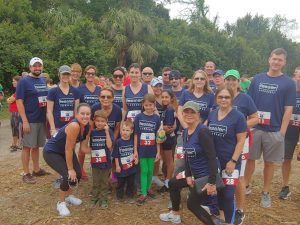 The Fessler Agency team had an amazing time at the Veterans Alternative Copperhead 5K. 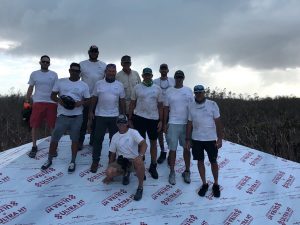 Our Fessler Agency employees had the opportunity to fly to the Bahamas to help rebuild Green Turtle Cay, Abaco, Bahamas after Hurricane Dorian’s destruction. 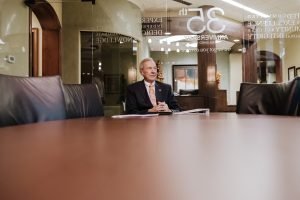 Big-hearted boss with a tough side

He rejected bitterness as well as handouts, forging a life based on hard work, a quality he likes to reward.

Send Us A Message

We’d love to hear from you. Here’s how you can reach us…

Call or Email Us